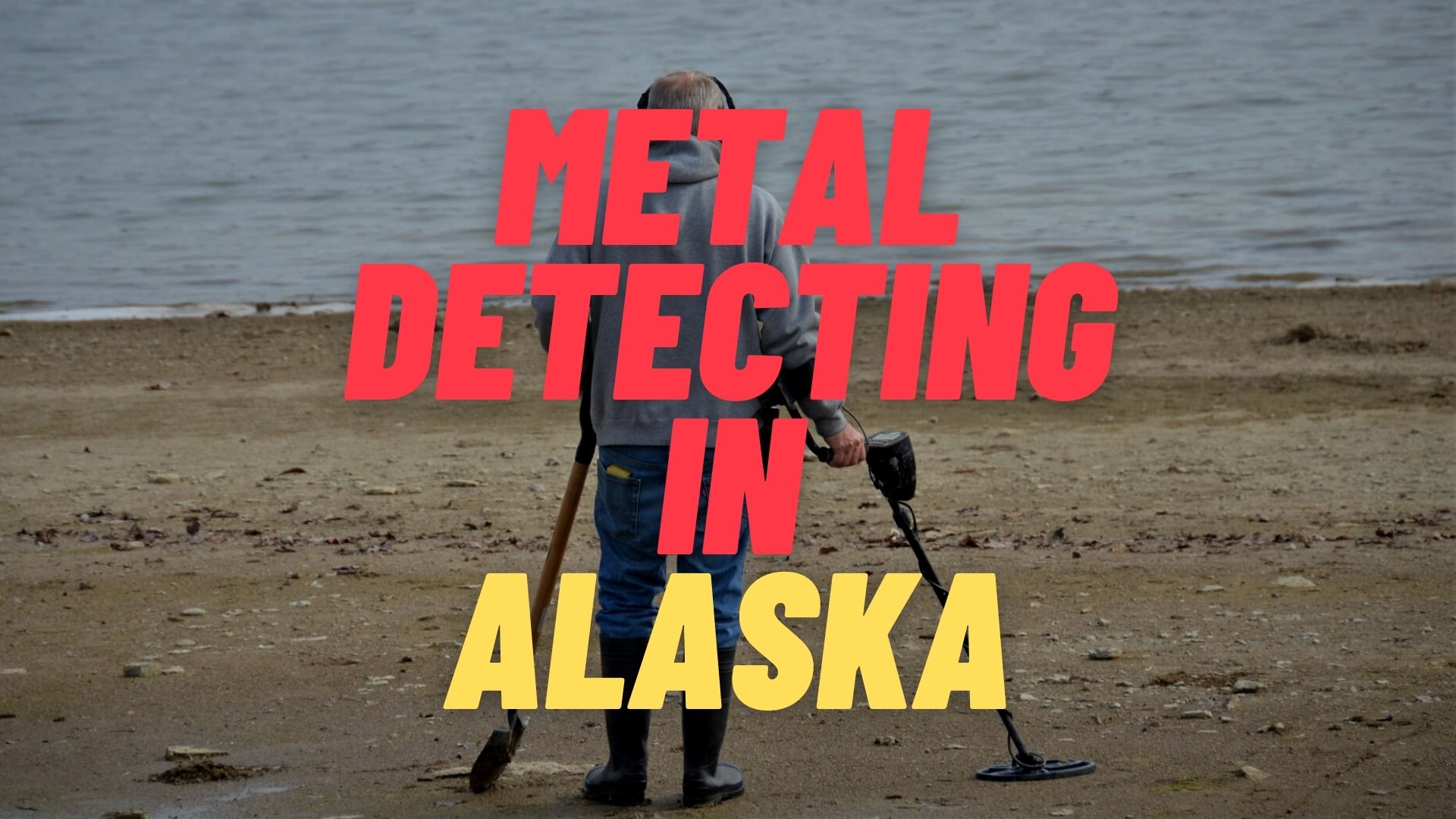 If you are looking for a comprehensive guide for your next metal detecting adventure in Alaska, you’ve come to the right spot.

Alaska is not the most preferable place to go for metal detecting due to the cold weather and rough conditions. However, the land is rich in gold nuggets and hidden treasures. Always keep in mind, that harder conditions mean fewer people doing it, so there is no competition while metal detecting in Alaska. It’s a thrilling experience, and you never know what you’ll find, whether it’s jewelry, coins, historical items, or even gold. However, it’s critical to do your homework and grasp the state and federal rules governing metal detecting in the Last Frontier State, Alaska.

Like every other state, Metal detecting laws in Alaska are governed by its own set of rules and regulations.

Metal detecting rules in Alaska are a little more complicated. This hobby appears to be prohibited in many regions of Alaska, however, this is not the case. You will be able to better read and navigate the laws after you have a better understanding of them.

Any metal detecting or treasure hunting activities carried out in Alaska are subject to antiquity laws. Furthermore, Alaska also follows Archaeological Resources Preservation Act(ARPA). This act prohibits metal detectorists to hunt treasure on the historical grounds of Alaska. This means that metal detecting is strictly prohibited on any public lands having a significant history. As a result, think cautiously before excavating aboriginal mounds, Indian burial sites, or earthworks.

Moreover, it is also illegal to metal detect on National Parks and on Recreational Centers without any permits. Sometimes you may get lucky and get permission to detect metal in these places but it is sporadic.

You’ll also need to know the law involving private property as a competent metal detectorist. Since most of Alaska’s land is considered private property, you’ll need permission from the owners to detect or dig for treasure.

Overall, while metal detecting in Alaska, it is critical to understand and observe the regulations. Breaking these regulations will result in harsh consequences, such as fines or, in the worst-case scenario, jail time. As a result, if you plan to metal detect in a new place in Alaska, you should contact the local, county, or state officials to ensure you’re obeying all applicable rules.

Is it legal to metal detect in Alaska?

Yes, metal detecting is legal in Alaska. The legalities, however, have limitations. As previously stated, it is prohibited to go metal detecting in Alaska’s historic lands, national parks, and federal grounds without first obtaining permission from the park manager or the appropriate authority.

Keep in mind that without an authorized permit, metal detecting on Trust’s land is likewise unlawful in Alaska.

Where can you metal detect in Alaska?

The following are some of the greatest metal detecting locations in Alaska:

Can you find gold in Alaska with a metal detector?

Alaska is not only a beautiful state with amazing landscapes but it also has a rich history and chronicles. Alaska is said to have a great amount of buried treasure that dates back to the gold mining days. These are still out there, just waiting to be discovered! Therefore, you can easily find gold nuggets in the soil of Alaska with the help of a metal detector.

Even though gold was mined throughout Alaska, the areas near Fairbanks and Juneau, and Nome are considered a paradise by metal detectorists. These are the areas that produced most of Alaska’s historical output and continue to produce most gold even as of 2022.

The largest gold nugget found in Alaska was ‘The Alaska Centennial Nugget’. The nugget was found by Barry Lloyd Clay on Swift Creek near Ruby and it weighed around 294.1 troy ounces.

Metal detecting is lawful on public Alaska beaches as of the time of writing. However, if you discover anything of archaeological significance, the state of Alaska has the authority to seize it.

Some of the most famous beaches to go for metal detecting in Alaska are:

Alaska is rich in shoreline and creeks as well as rivers. Alaska has more than 12000 rivers and thousands of other streams and creeks. As a result, it is an excellent state to go metal detecting. When detecting in rivers and streams, make sure you have a waterproof metal detector.

In Alaska, some of the best rivers and creeks for metal detecting are:

Thousands of ghost towns can be found in Alaska. These are the towns where mining used to be done and the residents simply abandoned it when the ore ran out. There are countless other old cities where residents have left for a variety of reasons.

All of these small, abandoned villages and cities in Alaska are considered ghost towns. These villages add to Alaska’s fascinating heritage. Remember that metal detecting in Alaska’s ghost towns may require permission from the local authorities. Once you determine whether you require a permit and obtain one if necessary, ghost towns in Alaska will undoubtedly become one of your favorite metal detecting destinations.

In these ghost towns, you might unearth historical items and even gold. Furthermore, it is not uncommon to find a coin spill, beautiful jewelry, or other valuable goods in these Alaskan ghost towns.

Some of the popular ghost towns in Alaska for metal detecting are:

Metal detecting is one of my favorite activities since it allows me to reconnect with old friends while also making new ones. I definitely recommend joining a metal detecting club in Alaska if you want to make new friends and go on a metal detecting expedition with them.

Metal detecting groups may provide you with a wealth of information and assist you in finding new places to detect. You’ll probably have trouble adjusting your metal detector for a specific area as a beginner. Joining a metal detecting club is a good way to deal with this problem.

Metal detecting clubs are not required to have an online presence. However, if you just want to join a group online, Facebook groups are a fantastic way to interact with other Alaska metal detectorists and share your expertise.

Some of the best Metal detecting clubs in Alaska are:

Similarly, some of the most popular Metal Detecting Facebook groups in Alaska are:

Overall, Alaska is a fantastic destination to satisfy your metal detecting appetite. Alaska’s natural beauty, history, and relaxed laws make this a very delightful activity. Just make sure you’re familiar with Alaska’s metal detecting regulations before attempting it in public. If you’re on private property, be sure you obtain the landowner’s permission first, otherwise, you could face trespassing charges.