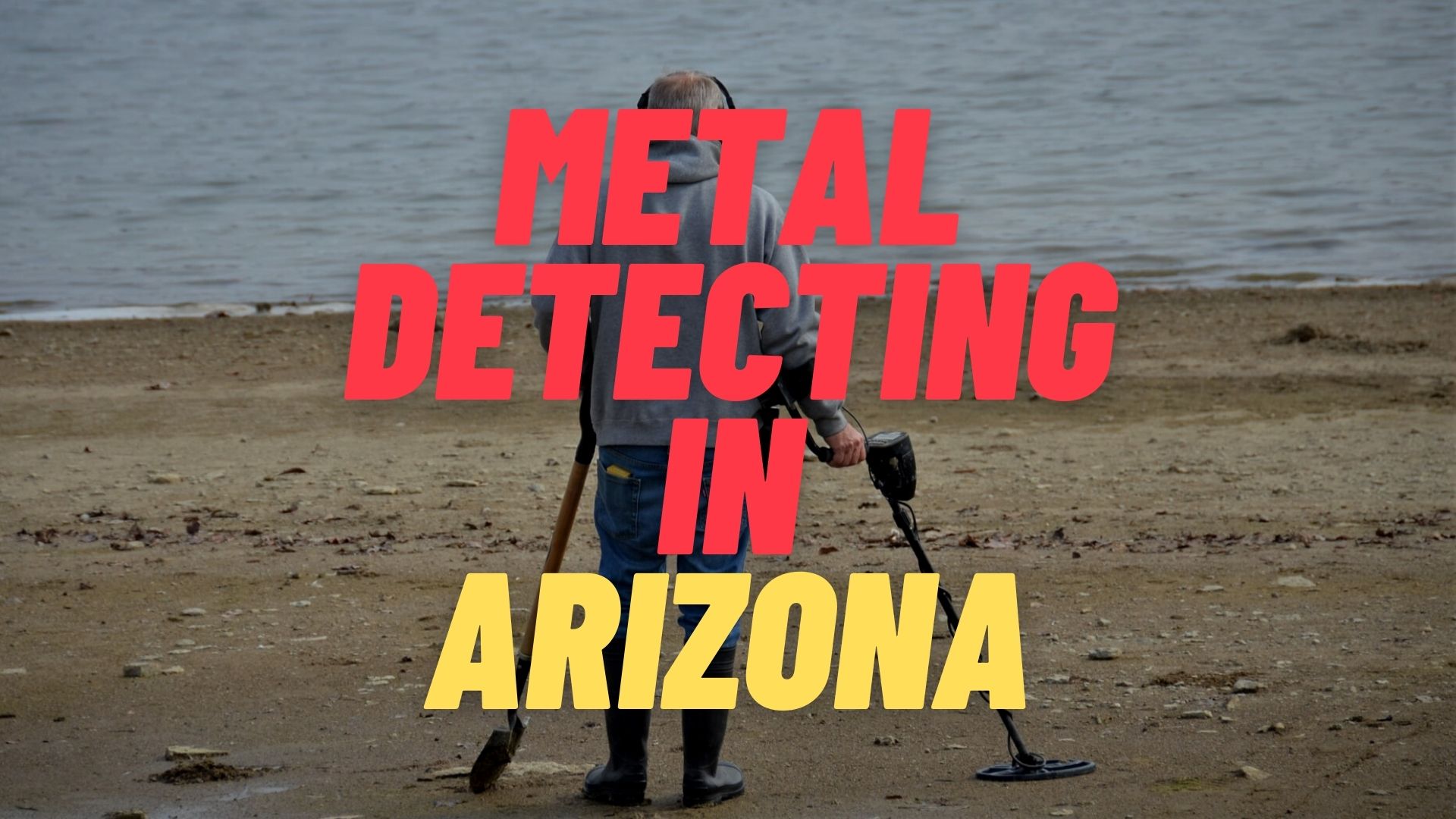 You’ve come to the correct site if you’re looking for information on how to get started metal detecting in Arizona.

Metal detecting is a hobby in which people use a metal detector to search for expensive and rare metals such as gold and silver, which are then sold for profit. As a recreational activity, this hobby has been around for a long time. Going on a treasure search while earning money, on the other hand, is a relatively new option. Detecting these uncommon metals has gotten much easier thanks to technological advancements in metal detectors, as long as you know where to look.

One of the best places to go treasure hunting and metal detecting in Arizona. The weather is ideal for metal detecting, and the area is abundant in gold and other undiscovered gems. The state’s beaches, rivers, lakes, and streams add to the fun of metal detecting. You never know what you’ll uncover on your journey: jewels, money, Civil War relics, or even gold nuggets. However, you should do your homework and learn about the state and federal rules that govern metal detecting in The Grand Canyon State.

Even if we’d like the government to stay out of our hobbies, they still have a responsibility to protect historical sites on their property. As a result, state-by-state metal detecting rules and restrictions vary.

Metal detecting rules and regulations are set by the state of Arizona. The Archeological Resources Preservation Act, or ARPA, is a federal statute that regulates metal detecting on federal property.

Keep in mind that without authorization, metal detecting on Trust’s land is unlawful in Arizona.

Overall, when metal detecting in Arizona, it is critical to understand and respect the restrictions. Breaking these regulations will result in harsh consequences, such as fines or, in the worst-case scenario, jail time. If you wish to detect a new site in Arizona, you should contact the local, county, and state officials to ensure you’re following all applicable regulations.

Is it legal to metal detect in Arizona?

Metal detecting is fully legal in Arizona. The legalities, however, have limitations. Metal detecting is prohibited on historic sites, state parks, and federal land in Arizona without permission from the appropriate authorities. You’ll be fine if you apply common sense and just look for jewelry, money, and gold nuggets on public property. If you want to metal detect at a historic site, check with the local county office for restrictions.

Where can you metal detect in Arizona?

Despite the fact that Arizona’s regulations have made several classic metal detecting spots illegal, the state still boasts a number of excellent metal detecting locations.

Some of the best places you can go for metal detecting in Arizona are:

Is there any buried treasure in Arizona?

Arizona is a lovely state with a long and distinguished history. Arizona has a substantial quantity of undiscovered wealth dating back to the 1800s. Hidden wealth includes pirate booty, revolutionary army stores, and personal buried fortunes. There are still a few spaces available! Despite the fact that many of these claims are false, treasure seekers and metal detectorists believe the treasure will be discovered soon.

The following are some of the most common stories in Arizona about hidden or missing valuables:

Even though Arizona is a land-locked state and does not have any ocean coastline, the Great Lakes creates beautiful shorelines and beaches in this state. On Arizona beaches, metal detecting is perfect for recovering lost jewelry and coins. As a result, you’ll find a lot of other metal detectorists heading to the Arizona beaches late at night to get their metal detecting fix.

As of this writing, metal detecting is legal on public Arizona beaches. However, the state of Arizona has the ability to take anything of archaeological interest you find.

In Arizona, some of the most well-known beaches for metal detecting are:

Hundreds of ghost towns can be found throughout Arizona. These are the towns where mining used to be done and the residents simply abandoned it when the ore ran out. There are countless other old cities where residents have left for a variety of reasons.

These ghost towns may also contain different historical items. Furthermore, it is not uncommon to find a coin spill, beautiful jewelry, or other valuable artifacts in these Arizona ghost towns.

Some of the popular ghost towns in Arizona for metal detecting are:

In recent years, metal detecting has become increasingly popular, with clubs cropping up all over the country. Members of the club are involved and supportive of one another. Members of these organizations meet once a month to show off their finds, plan their next outing, and discuss how to determine the variety and value of their finds.

Metal detecting groups may be a great source of information as well as new places to go treasure hunting. If you’re a newbie, setting up your metal detector for a specific spot will be difficult. Joining a metal detecting club is a good way to deal with this problem.

Metal detecting clubs are not required to have an online presence. Join Facebook groups to meet other Arizona metal detectorists and share your knowledge and skills.

Some of the best Metal detecting clubs in Arizona are:

Similarly, some of the most popular Metal Detecting Facebook groups in Arizona are:

Overall, Arizona is a fantastic destination to satisfy your metal detecting appetite. Arizona’s natural beauty, history, weather, and relaxed rules make this a fun hobby. Just make sure you’re familiar with Arizona’s metal detecting regulations before doing it in public. If you’re on private property, be sure you obtain the landowner’s permission first, otherwise, you could face trespassing charges.