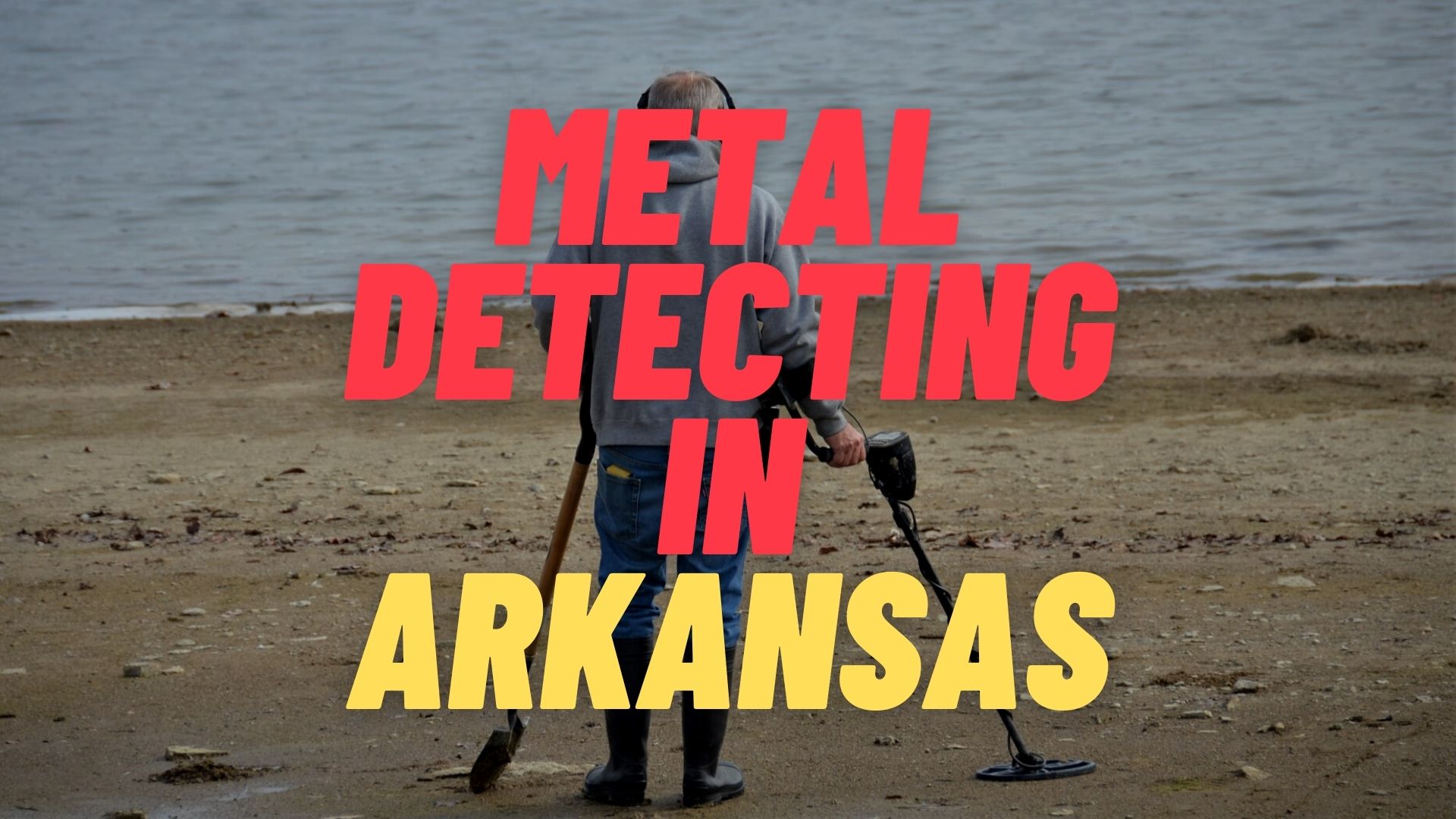 If you are looking for an ultimate guide for your next metal detecting quest in Arkansas, you’ve come to the right spot.

Arkansas is a popular treasure-seeking and metal detecting state. The weather is perfect for metal detecting, and the area is full of undiscovered gems and gold. Metal detecting is made more enjoyable by the state’s beaches, rivers, lakes, and streams. On your adventure, you never know what you’ll find: diamonds, money, Civil War artifacts, or even gold nuggets. You should, however, do your study and get aware of the local and federal rules that regulate metal detecting in The Natural State.

Even if we don’t want the government to become involved in our leisure activities, historical sites on their land must be protected. As a result, metal detecting legislation and regulations differ from state to state.

Metal detecting standards and restrictions have been established for state-owned facilities in Arkansas. Metal detecting on federal land, on the other hand, is supervised by the Archeological Resources Preservation Act, or ARPA.

Keep in mind that metal detecting limitations under ARPA or state legislation only applies to public or federal land. Metal detecting is only authorized on private land with the owner’s or lessee’s express authorization.

Furthermore, using metal detectors on Trust’s property without permission is illegal in Arkansas.

If you’re metal detecting in Arkansas on a state or federal land, don’t dig up anything that looks like an artifact or is more than 100 years old. Notify officials if you find and gather a historical artifact so they can properly care for it. Metal detecting is likewise prohibited in Arkansas National Parks unless previous permission has been granted. Metal detecting, on the other hand, is authorized as a recreational activity in Arkansas’s public parks. It’s possible, but unlikely, that you’ll be granted authorization to metal detect in designated historical sites.

Overall, while metal detecting in Arkansas, it is critical to understand and respect the restrictions. Breaking these regulations will result in harsh consequences, such as fines or, in the worst-case scenario, jail time. If you’re looking for a new site in Arkansas, check with local, county, and state officials to be sure you’re following all of the requirements.

Is it legal to metal detect in Arkansas?

Metal detecting is permitted in Arkansas. Laws, on the other hand, impose limits. As previously stated, metal detecting without a permit is forbidden on historic sites, state parks, and federal lands in Arkansas. As a result, metal detecting on Arkansas’s public lands may require a permit. Permits can be obtained by phone or over the internet. Please contact your local park and recreation office to obtain one. It’s inexpensive, with a single unit costing about $10.

If you use common sense and only seek jewelry, money, and gold nuggets on public land, you’ll be OK. Check with the local county office for advice before metal detecting at a historically significant site.

Can you metal detect on BLM Lands in Arkansas?

Metal detecting on BLM territory is subject to the same rules as it is on all other Arkansas public lands. Metal detecting is allowed on BLM land in Arkansas, but you must be careful not to destroy or expose any relics. Remember that the government has the ability to seize any “archaeological treasures” discovered on BLM territory, according to ARPA. Archaeological resources are tangible artifacts from human life or activities that are at least 100 years old and have archaeological value.

Where can you metal detect in Arkansas?

If you’re from Arkansas, your hometown is one of the first sites you should go metal detecting in the state. Not only can knowing the history of the place save you time, but it will also assist you in locating the tremendous treasures. What you find and how valuable it depends on where you metal detect and the history of the area. Metal detecting based on historical study will, on average, produce better results than detecting in random locations.

Some of the best places you can go for metal detecting in Arkansas are:

Is there any buried treasure in Arkansas?

Arkansas is not only a lovely state with breathtaking scenery, but it also has a long and illustrious history. Arkansas is claimed to hold a significant amount of civil war-era hidden treasure. To prevent the Union Army from obtaining Confederate gold and silver coins, they are claimed to be buried beneath Arkansas’s soil. There are still some out there waiting to be found! Despite the fact that many of these legends are unsubstantiated, treasure seekers and metal detectorists are confident that they will locate it one day.

Hundreds of abandoned settlements litter the Arkansas countryside. These are the towns where mining used to take place, but as the ore ran out, people departed. People have fled to a number of historic cities for varied reasons.

These ghost towns may include historical gems. In these Arkansas ghost towns, coins, fine jewelry, and other treasures abound.

Some of the popular ghost towns in Arkansas for metal detecting are:

It is not necessary for metal detecting groups to have a digital presence. As a result, you may join Facebook groups to network and share your knowledge with other Arkansas metal detectorists.

Some of the best Metal detecting clubs in Arkansas are:

Similarly, some of the most popular Metal Detecting Facebook groups in Arkansas are:

Metal detecting in Arkansas is a terrific experience in general. Because of the natural beauty, history, weather, and flexible guidelines, this is a terrific pastime. Before going metal detecting in public in Arkansas, be sure you’re aware of the state’s rules. Also, if you’re on private property, be sure you get permission from the owner first; otherwise, you might face trespassing charges.