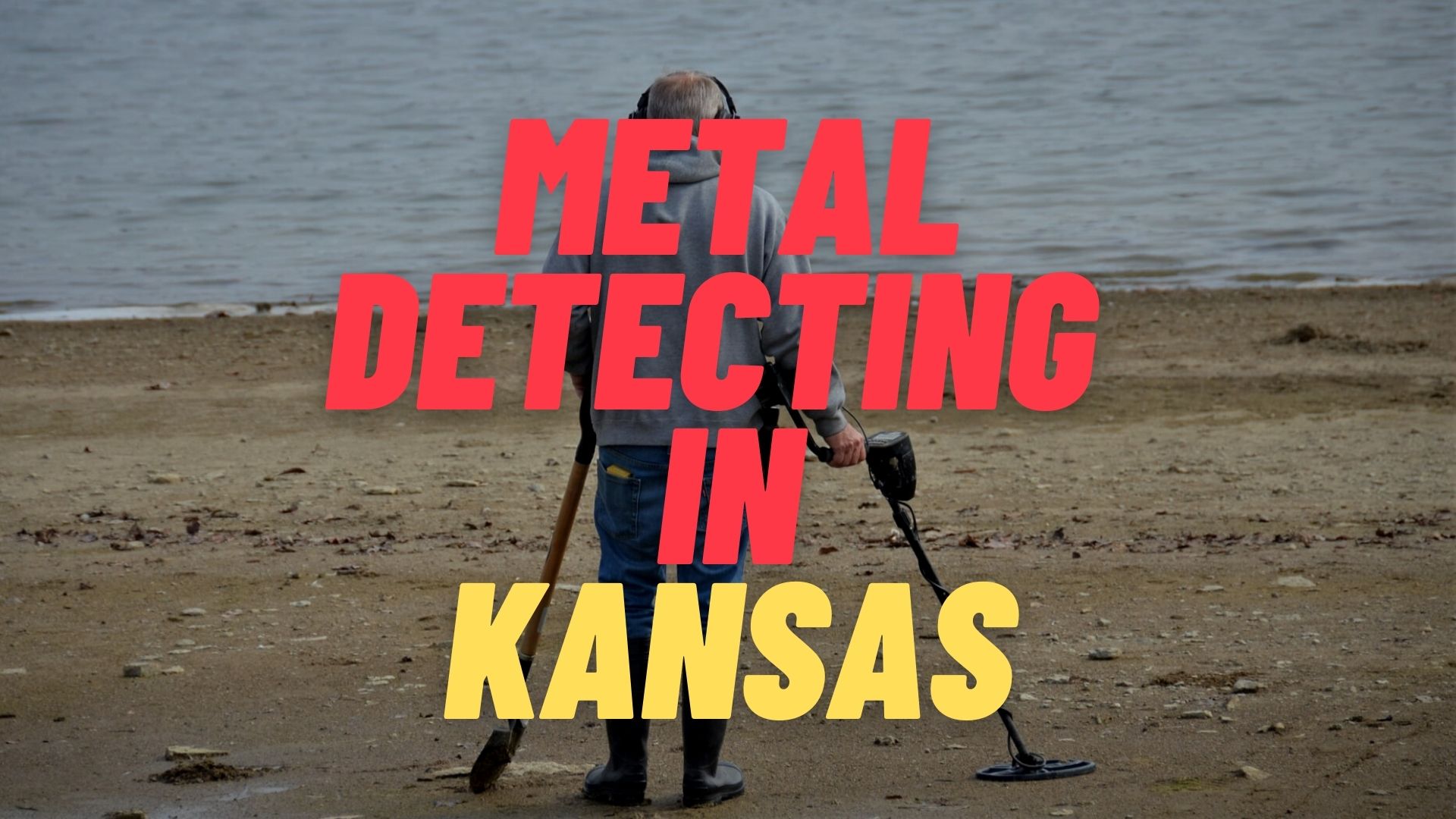 If you are looking for a comprehensive guide for your next metal detecting quest in Kansas, you’ve come to the right spot.

Metal detecting is a hobby in which people use a metal detector to look for valuable and rare metals like gold and silver, which may then be sold for a profit. This hobby has a long history as a recreational activity. On the other hand, going on a treasure hunt while earning money is a relatively new alternative. Thanks to technical developments in metal detectors, detecting these rare metals has become a lot easier, as long as you know where to look.

Kansas is one of the popular treasure hunting and metal detecting states in the United States. The weather is ideal for metal detecting, and there are plenty of undiscovered jewels and gold in the vicinity. The state’s beaches, rivers, lakes, and streams make metal detecting more pleasurable. You never know what you’ll uncover on your journey: gems, money, Civil War artifacts, or even gold nuggets. However, you should do your research and get familiar with the local and federal regulations that govern metal detecting in The Sunflower State.

Even if we don’t want the government to interfere with our personal lives, historical landmarks on their territory must be preserved. As a result, metal detecting laws and regulations vary from one state to the next.

For state-owned buildings in Kansas, metal detecting criteria and limits have been created. On federal land, however, metal detecting is regulated by the Archeological Resources Preservation Act or ARPA.

Metal detecting restrictions imposed by ARPA or state legislation are only applicable on public or federal land. Metal detecting is only permitted on private property with the express permission of the owner or lessee.

Metal detecting rules in Kansas are straightforward. Make sure you’re not metal detecting in Kansas’s historically significant areas. Metal detecting and earth-digging are prohibited on any historical site. As a result, while digging native mounds, burial sites, or earthworks, use care.

Furthermore, it is prohibited in Kansas to use metal detectors on Trust’s land without consent.

Don’t dig up anything that appears like an artifact or is more than 100 years old if you’re metal detecting in Kansas on a state or federal territory. If you locate and collect a historical relic, notify officials so they can properly care for it. In Kansas National Parks, metal detecting is also forbidden unless prior permission has been provided. Metal detecting, on the other hand, is permitted in Kansas’s public parks as a leisure pastime. You could be granted permission to metal detect at designated historical places, but it’s rare.

Overall, it is vital to understand and follow the rules when metal detecting in Kansas. Breaking these rules will result in severe penalties, including fines or, in the worst-case scenario, jail time. If you’re searching for a new location in Kansas, make sure you check with local, county, and state officials to be sure you’re following all of the rules.

Is it legal to metal detect in Kansas?

In Kansas, metal detecting is legal. Laws, on the other hand, establish boundaries. Metal detecting without a permit is prohibited on historic sites, state parks, and federal areas in Kansas, as previously indicated. As a result, metal detecting on public lands in Kansas may require a permit. Permits can be requested over the phone or online. To receive one, please contact your local park and recreation office. It is reasonably priced, with a single unit costing around $10.

You’ll be OK if you exercise common sense and just look for jewelry, money, and gold nuggets on public ground. Before metal detecting in a historically significant site, seek assistance from the local county office.

Can you metal detect on BLM lands in Kansas?

The same laws apply to metal detecting on BLM land as they do on all other Kansas public properties. On BLM land in Kansas, metal detecting is permitted, but you must be cautious not to disturb or expose any artifacts. Remember that, according to ARPA, the government has the authority to seize any “archaeological treasures” uncovered on BLM land. Archaeological resources are tangible objects from human life or activities with archaeological importance and are at least 100 years old.

Where can you metal detect in Kansas?

Some of the best places you can go for metal detecting in Kansas are:

Is there any buried treasure in Kansas?

Kansas is not only a gorgeous state with great scenery, but it also has a long and interesting history. Kansas is claimed to hold a significant amount of civil war-era hidden treasure. To prevent the Union Army from obtaining Confederate gold and silver coins, they are claimed to be buried in Kansas soil. There are still some out there waiting to be found! Despite the fact that many of these legends are unsubstantiated, treasure seekers and metal detectorists are confident that they will locate it one day.

The Kansas landscape is littered with hundreds of abandoned villages. These are the towns where mining used to be done, but people left as the ore ran out. For various causes, people have fled to a variety of historic cities.

These deserted villages might have historical treasures. Coins, fine jewelry, and other valuables abound in these Kansas ghost towns.

Some of the popular ghost towns in Kansas for metal detecting are:

Metal detecting clubs are not required to have a digital presence. As a consequence, you may join Facebook groups to network with other Kansas metal detectorists and share your knowledge.

Some of the best Metal detecting clubs in Kansas are:

Similarly, some of the most popular Metal Detecting Facebook groups in Kansas are:

In general, metal detecting in Kansas is a fantastic experience. This is a fantastic activity because of the natural beauty, history, weather, and flexible guidelines. Make sure you’re familiar with Kansas’s restrictions before going metal detecting in public. Also, if you’re on private land, be sure you first acquire permission from the owner; otherwise, you might be charged with trespassing.